EXPERIMENT #2: ZONING BY RECALL
Sitting on the Fence – A Zonographic Investigation into the Sentiment of Ennui

Preliminary non-sequiturs
In Utopia melancholy is strictly prohibited. – declarative sentence
Do we already live in Utopia? – interrogative sentence
There is something rotten in the state of Utopia! – affirmative sentence

The Background
During a zonographic discussion about Madame Bovary and the supposedly detrimental effects of fiction on the female psyche, the Cheshire Cat told a little anecdote about the writer – obviously after a lenghty explanation that time travel would only be possible as an unparticipating spectator and thereby entirely unspectacular – so the Cheshire Cat said:
“One day I met Flaubert, still a young boy then and he was crying. “But why do you have tears, my dear?” his mother asked worriedly. And still crying Flaubert sobbed “Flaubert has tears because he is bored.”” “Isn’t that cute? “ the Cat purred leaving only its grin standing in the room.
As such not a particularly striking story nor a particularly striking spectacle.

The Procedure
The group retreated into the delocalised laboratories of the Zonographic Society. A (strongly) modified version of Wilhelm Wundt’s introspection set-ups was followed. The subject (Nora Wells) was planted onto a zonographic laboratory couch, connected to a REM – amplifier and exposed to strong visual cues whilst being held between sleep and waking. She also was exposed to the Zone Canto.
This set up allowed for Nora to be transposed into a particular kind of zone – the grey zone – where the probability of encoutering a boredom related sentiment is heightened. 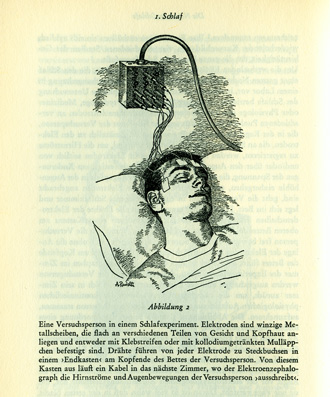 The Analysis and the Results
The narrative interview was held with slight delays. The results were kept under limited access orders. Alternatively they can be reconstructed by reading  the written report on the experiment.